A weekend of music 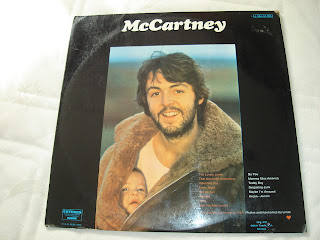 This has been a great weekend for music and its still only Saturday night/Sunday morning. There was some great music programs on TV. Paul McCartney was on the Culture Show talking about his new album. I missed some of the interview so I’ve left it to tape on the repeat during the early hours of the morning. The interviewer, Lauren, seemed a bit overcome by the whole experience of interviewing McCartney, who spoke about how he wrote songs with Lennon. At the end they sang one of the songs off the album, together!

I like Paul McCartney. I’ve liked him since I bought Tug of War in the early eighties a young kid in . I remember distincly waiting at the counter to buy the album when an old guy (must have been at least 35!!) looked at the LP in my hand and said "Seems like he's lost it, he's ideas are drying up. I was 12 at the time. I didn't even know that McCartney had been in the Beatles!

I know many people find him really annoying. My brother and his wife can’t stand him, switch channels when he comes on TV. But, I don’t really understand why. Maybe his ‘thumbs up’ positive attitude gets on people’s wick.

There’s a photo of Paul on the back of one of his albums which I just love. I must dig out the album and post the photo….hang on….I love that photo. I'veposted in above. Its from the back of he McCartney (1970) album. For me its such a wonderful image of family. And I like how he was so crazy about his wife that he found a place for her in Wings so that they could be together all the time. Brilliant. And how he never liked to spend nights away from his wife. And after so many years he’s still writing really cool music. Maybe not all the songs on the new album are great, I haven’t listened to it enough to give a verdict but the standout tracks are: 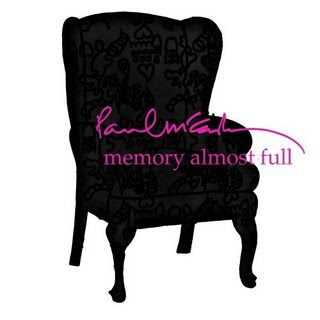 See Your Sunshine (very much a ‘Tug of War’ era sound)

Well it looks like I won’t be able to buy the new album ‘Memory Almost Full’ on vinyl (couldn’t help thinking ‘Battery Almost Empty’ when I first heard it, but a few listens in I’m beginning to love it).As reported all over the place, he’s releasing it with the new Starbucks label (very weird decision given the anti-starbucks sentiment) so I’m not sure of the chances of a release on vinyl. I’ve checked the usual sites (Amazon, HMV, eBay but no luck there). Lets wait and see what happens.