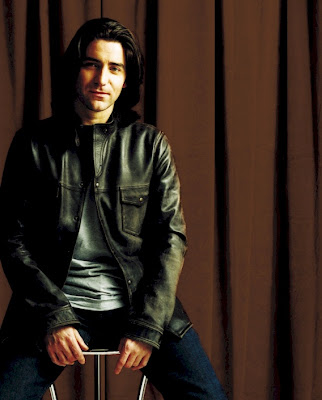 Brian Kennedy is one of those people who you think, Why the hell isn't he huge internationally? Most people outside Ireland have never heard of Brian. He's had some limited success in the UK but nothing like he deserves. 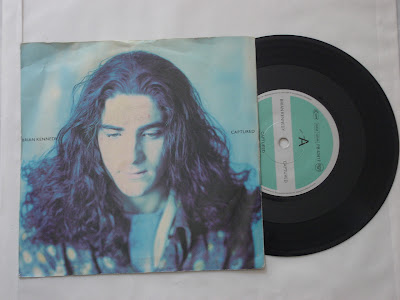 I first heard of Brian in 1990 when he released the wonderful single 'Captured'. I rushed out to buy his first album 'War of Words', unusual in that every song is a classic, no filler in sight. He then spent a few years as part of the group Sweet Mouth (with Mark E. Nevin, formerly of Fairground Attraction) and released a great album Goodbye to Songtown in 1991, before finally going on to release his second album in 1996 entitled 'A Better Man'. 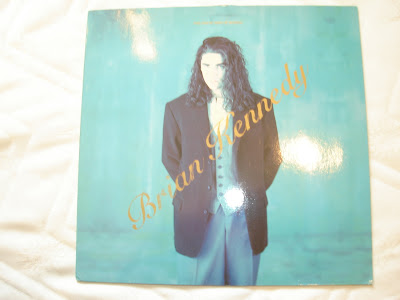 He spent 6 years as part of Van Morrison's Blues and Soul World Tour also appearing on Van's albums Days Like This, The Healing Game, Back on Top and others. He does a great version of Van's 'Crazy Love' on the soundtrack to the movie 'When a Man Loves a Woman'.

Latter he became the lead singer in the celebrated Riverdance on Broadway show at the Gershwin Theatre, New York, beginning in March 2000, and in 2006 he represented Ireland in the Eurovision Song Contest.

Brian has also written two best selling novels and presented two TV series on the BBC about traditional Irish songs (from which he released 2 albums) and two novels The Arrival of Fergal Flynn, a bestseller in Ireland, and Roman Song, to widespread positive acclaim.

Singer songwriter, novelist, tv and radio presenter, collaborator with Van Morrison, Sinead O'Connor, etc, Brian is a real all-rounder! But why is he not a hugely successful international star.

Its seems strange that he would agree to enter the Eurovision. Its not exactly the most image enhancing strategy but then again his explanation for why he did it seem more than admirable. He says that he couldn't think of a better honour them being chosen to represent his country on an international stage. Fair enough.

Brian was the first to release 'You raise me up' with Secret Garden (which was later recorded by more than 470 artists around the world). This song was later very successful for a number of artists on both sides of the Atlantic (Westlife and Josh Groban), but I think you'll agree once you hear it, that Brian's version was the first and best of this song.

There are so many classic Brian Kennedy songs that its difficult to choose. Have a listen to these and go and go out and pass the word.

Below you'll find a couple of videos of Brian, one with him singing the first public performance of 'You raise me up' and one of him singing live in concert with Van Morrison.

You raise me up
Destination

Brian Kennedy singing 'You raise me up'.
Posted by Blogger at 18:19