I'm not sure if I wrote about these guys before. Anyway, another discovery of a band from the 1980's who I never even heard of until about three years ago when I found this record in a dusty record shop back room.

There's a piece on them on the Music..isms blog, with music downloads. And another on 'Raiding the Vinyl Archive'. If you're interested in discovering lost music from the 1980's I recommend it. 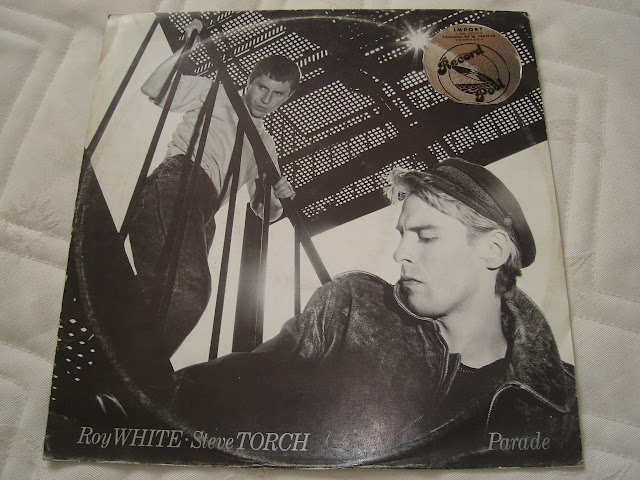 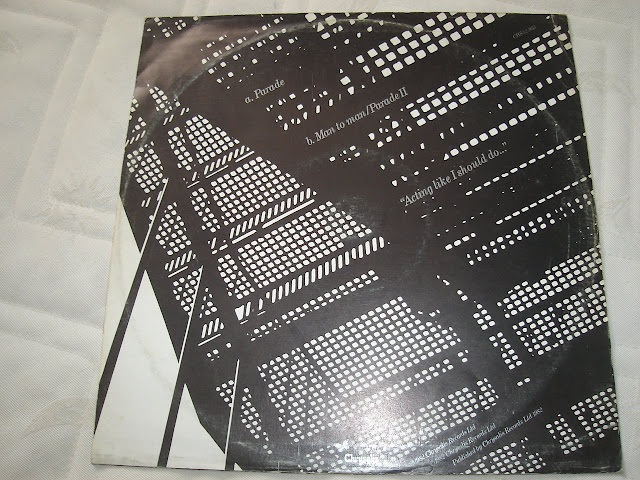 Parade (this is recorded directly from vinyl)

Who's Asking You - White and Torch

Bury My Heart - White and Torch


Here's an email from Roy white from 2008, as he recounts events(taken from Bored Teenagers) . There's also a photo of Roy White from Liverpool University in 1977.


Hi Dizzy,
Wow, where did you get that photo???????
God we were cocky kids. Thought we were the business but in reality, were rather shit, ha ha.
I remember the gig as it was the last gig Berlin did. Memory rather hazy but we'd gigged for about a year and a half by the time of that gig. We got a few really good reviews in Melody Maker and Sounds and record companies were showing interest. Decca were showing the most and they strung us along, spent 3 weeks recording in London with Nick Tauber producing but they blew us out and signed Slaughter and the Dogs as their token 'Punk' band. That gig was a day or so after they told us and we were all quite depressed. Our roadie attempted to pull Dave Ambrose's (A&R guy from EMI who was showing interest) teeth out with a pair of pliers as we hated record companies at this point. I believe he was actually successful at pissing on his head from a balcony - such was our fury at being blown out by Decca. We eventually decided to carry on but changed the band name to 'Fun'. A track called 'I Heard You Call My Name' was included on the Liverpool compilation album 'Street to Street. Basically the same line up as Berlin. I left shortly after that album was released and joined forces with Steve Torch. Berlin days were quite amusing really. Joe Stummer once got up for a jam at a gig called Swinging Apple. We actually caused a riot at Wigan Casino because our roadie and a journalist from Sounds had sprayed 'Fuck You Pricks' across the back of the stage, then trashed the dressing room while we were on stage!! Even the bouncers wanted to kill us.
Anyway, thanks for igniting a long lost memory.

There's a feature on Raiding the Vinyl Archive in which Roy White gets involved in the comments.
Also see music..isms for more . 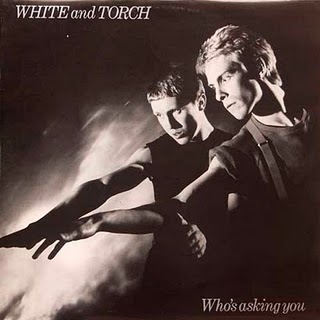 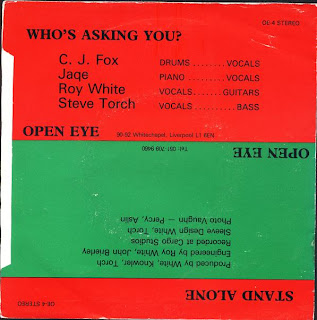 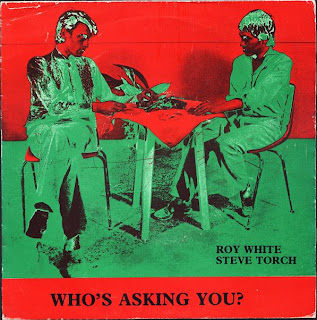 Bringing it all back to the present, here's Roy White in his band the Truemen

Thanks I had never heard parade before.

Our local Toronto FM outlet CFNY
used to play the 12" of bury my heart on occasion and it was great to be able to actually figure out who did that track 20 years after I first heard it!

I have the twelve inch of Parade as does my mate Dick. We both liked Scott Walker so the song appealed a lot. I still think it is a good song alll these years hence

Delighted to learn more about 'White & Torch' I bought Parade on 7" all those years ago and still love it, could never understand why it wasn't a hit. Surprised it's not downloadable from i-tunes, at least I couldn't find it.

I have on cassette tape 2 otherwise unrecorded White and Torch songs. One called Bad Timing and which puts Parade in the shade; the other called Friends. I recorded these directly off the radio whilst I was living in London so i'm assuming they came from sessions they did for Capital Radio / GLR or whatever was in existence at the time. DJ may have been Kid Jensen?

Happy to receive advice of best way of giving these wider circulation.

Parade is an awesome track, I think the first 12" single I bought from the 1980's, always delivers and is musically charged with emotion. timeless..

Who,s asking you.....less successful than parade but my fav in the 80's!

My ex husband played drums on Parade and Who's Asking You - CJFOX.(also sang backing vocals). I didn't like the songs at the time I met him (about '84)but love PARADE now. Should have been a ginormous hit.Certainly stands the test of time. Mr Fox died in 1994.RIP,COLIN XXLOVE YOU FOREVER XX