Music and the Movies 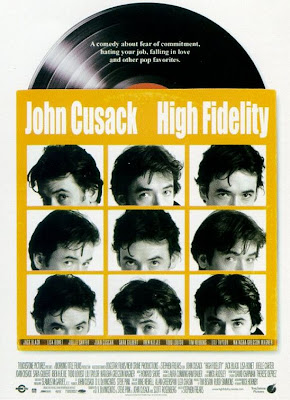 I haven't written anything in weeks. Its been a crazy time at work, tyring to get as many projects closed as possible before the summer holidays in August! I have a load of new music to listen to but haven't had much time (new albums by New Young Pony Club, Sinead O'Connor, Athlete, Cherry Ghost, Interpol, as well as some other albums nominated for the Mercury Award).

Anyway, last night I saw one of my favorite movies on TV, High Fidelity. I'd forgotten how much I like it! In fact I have the DVD but I watched it on the BBC (I think). Does that ever happen to you? You have a movie on DVD but you end up watching it when they do it on TV. In fact, I rarely watch a movie more than once, at least for a few years, because I remember everything before it happens. Then a few years later I don't even remember seeing it at all! Anyway, what a great movie. I can really relate to the main character Rob as much as I can't relate to him at all, if you know what I mean. I relate to him being such an asshole at times, and knowing you're being a wanker. And his nerdy obsession with vinyl records, of course.
The cast is great. I recognised one of Rob's old girl friends (Lili Taylor) from the series Six Feet Under (highly recommended tv series, by the way) (John Cusack, Iben Hjejle, Jack Black, Todd Louiso, Tim Robbins, Lisa Bonet, Catherine Zeta-Jones, Joan Cusack, Joelle Carter, and Lili Taylor.) For anyone who hasn't read the book, you should check out Nick Hornby and his books, many of which have been made into quite fine movies, except for the US version of Fever Pitch which is total crap, check out the original UK version about football (something I know nothing, zero, nada, about!). In fact, football (soccer) bores me so much the first time I read the book I gave up after 2 chapters. I came back to it a couple of years later having read other Hornby novels and I really enjoyed it. 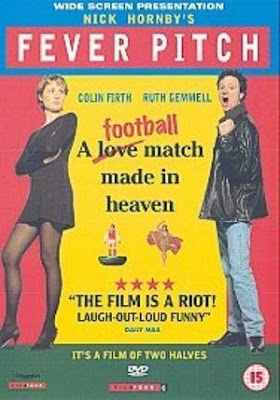 Yes, good! Be warned, stay away from US version of this movie.

On a similar note, I saw another music themed movie a few nights back, Music and Lyrics with Hugh Grant and Drew Barrymore. And I really enjoyed it! Well, yes, it's not a great movie, the plot is simple, Hugh Grant plays himself (but he does it so well!) and Drew Barrymore (terrible in US version of Fever Pitch) is very very sweet, verging on sickly but she held back just enough to make this a very entertaining movie about 80s pop. The opening video of Hugh singing 'Pop Goes My Heart' is extremely well done. 80s music lovers will enjoy and laugh. 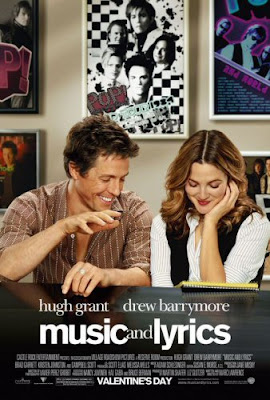